It is the most desirable red gemstone due to its vivid and attractive color, high hardness, long durability, luster, value and rarity.
The color of this gemstone vary from a vivid red (like the red traffic light), red with some tint of blue very close to red the pigeon eye (this variety is also called red pigeon’s blood Ruby), to a more dark red color with some tint of brown.

Considered the most precious stones in the world, best quality crystals with big size are very rare and valuable, they can be easily raise high prices, sometimes with value higher than Diamonds, it is also called in Sanscrit “ratnaraj” that means the “king of precious stones“.

A lot of legends talks about it like an extraordinary stone that can make warriors invicible, this is way in ancient time, burmese warrior used to implant Rubies under their skin.

Other legends says that rubies store vast quantities of heat and when placed in water, they will cause the water to boil, sometimes say that if you hold it in your left hand, you’ll feel bursts of heat.

In Europe the term Ruby comes from the Latin word “ruber” that means “red” is considered a magnet for abundance and prosperity.

Hard to find natural untreated gemstone with vivid color, transparent internal flawless clarity and large size, when found they worth millions of dollars.

Mogok Rubies are gemstones that comes from the Mogok region of Burma Myanmar, producer of the most valuable gemstone in commerce. 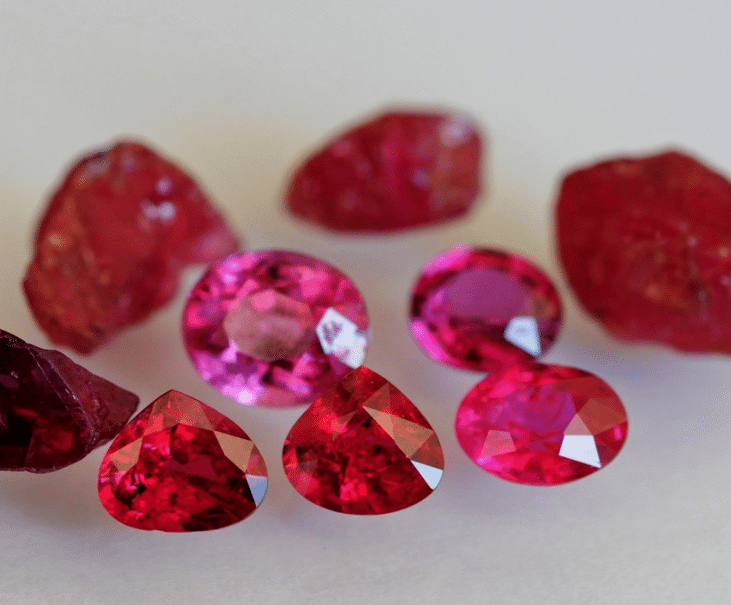 The red corundum variety is the July birthstone gemstone, assigned to the Capricorn zodiac sign, it is associated with desire and love, with aphrodisiac effect is considered a gemstone of love.

It can protect from injury, provide focus, positive attitude and is considered a great source of energy.

Duo to its rarity and high value, it is often treated to improve its natural beauty, so some ugly minerals can be processed by heat treatment to enhance color and clarity.

A lot of stones for sale on the market, are gemstones treated by diffusion at high temperature with external elements like: Beryllium; these kind of gemstones are heavily treated, and the market refer to them like fracture filled Ruby, glass filled Ruby, diffusion treatment Ruby.

This kind of treatment can produce a huge quantity of red gemstones with acceptable attractiveness and beauty, but they must be considered different from an untreated natural Ruby, because they are more fragile, not rare, usually included and offered at cheap price.

Myanmar is the producer of the most valuable Ruby in commerce, but they can be found in Thailand, Africa (Tanzania, Mozambique, Madagascar, Zimbabwe, Kenya), Sri Lanka, Tajikistan, Vietnam, Cambodia, Brazil, Pakistan, Nepal, India, USA.

Some kind of stones cut into cabochon, present tiny rutile needles inclusions, when are hit directly by the light source the gemstone can show the asterism, an optical effect that show a dancing star with 6 or sometimes 12 rays. In this case the cabochon is called Star Ruby. 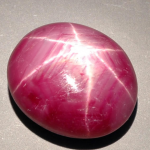 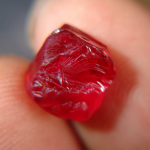 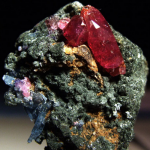 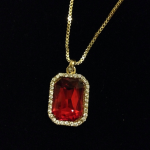 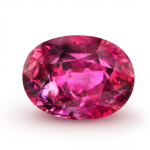 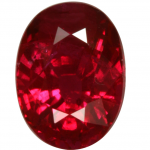 This rare precious stone is one of the most expensive and valuable gemstone, is also one of the popular four precious stones, its beauty is recognizable by the jewelry industry and it is often used in high end jewelry, duo to its high hardness it can be set in bracelet, pendant, necklace, ring, earrings.

Material treated by heat and diffusion are a lot cheaper and can be used for affordable jewels like silver rings or silver pendants.

Crystals with massive visible internal inclusions are usually cut into cabochon and when they present rutile needles they can show the six rays dancing star typical of the asterism optical effect.

It is a durable material, when untreated, that can be worn daily and usually they don’t need any special care, but fracture filled Ruby and diffusion treated gems can be fragile and delicate, so for these kind of stones you must avoid any kind of acids or chemicals products, you need to clean them use soupy water and soft clean cloth.

Avoid also ultrasonic and steamer cleaner because Ruby is typical and included stones and ultrasonic and eccessive heat can modify internal inclusions and cause fractures.

The red corundum variety is an extremely hard gemstone so be careful to not stored your Ruby with other softer gems because they can report scratch.

Also red Garnet like Rhodolite, Pyrope, Almandine or red Tourmaline Rubellite can be easily confused for this precious stone.

Red Spinel have very close color to this corundum variety and sometimes they can be confused, a typical example is the story behind the Black Prince’s Ruby set into the royal crown of England, that was once thought to be the largest cut Ruby, until scientific analysis determined it to be in fact Spinel.